Visiting Wales has been an absolutely incredible experience – although we were only there for a short time in sad circumstances it was great to meet the Welsh part of the family. I've become ‘Ach Sam-antaah bach!’ (a name that I don’t usually like, but as the Welsh can beautify any word instantly with their gorgeous accents I didn't mind being called it in the slightest).


Of all the countries I’ve visited in the last two years, I have to say that Welsh hospitality is incredible – on a level with Thailand - if slightly more aggressive! Be prepared, on entering Wales, to be more or less force-fed until you can’t eat a single bite more – then fed again! Submission is the only option. If you refuse another cake, the poor host is mortally offended – but if you accept, ‘just a small one’, they’ll ply you with at least two. If you give a compliment to the cook, they’ll add another to your plate ‘because you like them!’ so really it’s a no-win situation for the waistline. An extended stay in Wales would have been very damaging to my wardrobe.


The language is so exotic compared to English, truly it was like listening to the beauty of Thai for the first time, all over again. There were certain aspects of Welsh which reminded me, rather peculiarly of Spanish, (probably all the rolled ‘r’s) – even when a Walian is speaking in English. My brother (the Welsh Dodgeball player) confidently tells me that the Welsh for ‘speed bump’ is ‘bumpity bump’, although I’m not sure I believe him, as Google translate does not confirm this.

Although Welsh is no longer widely spoken (wiki informs me that only 19% of the Welsh population said they could speak Welsh in the 2011 census) it would seem that the entire population of Tumble, my maternal grandmother’s ancestral home are part of that figure.
The town used to be a mining one – with many fascinating concepts to me. When young boys finished their education (in those days around 14, although sometimes much earlier) they were sent down into the mines to work. You can imagine what a horrible job this was; in the winter they would be waking up in darkness, walking or cycling to the mine in darkness, working for 12 hours in lamplight and returning home after dark. Many miners developed medical issues as a result of the conditions below ground. On the plus side, a worker is given free coal for life. As a result, on entering the home of an ex-miner you had to be pretty quick to get your cold weather gear off before you began to sweat. Houses are kept at around 25°c although sometimes as hot as 28°C with the use of Agas which are constantly on!

Also similar to travelling in Asia – the personal questions which were fairly quick to arrive:
‘Sam-antaah! Now then, how old arrre ye?’
’24.’
‘And arrre ye marrrid?
‘Erm, not just yet…’
Unlike Asian people who seem to think that being unmarried at 24 is a crime, my grandmothers’ relation responded with:
‘Well, good forrr ye, Sam-antaah!’ 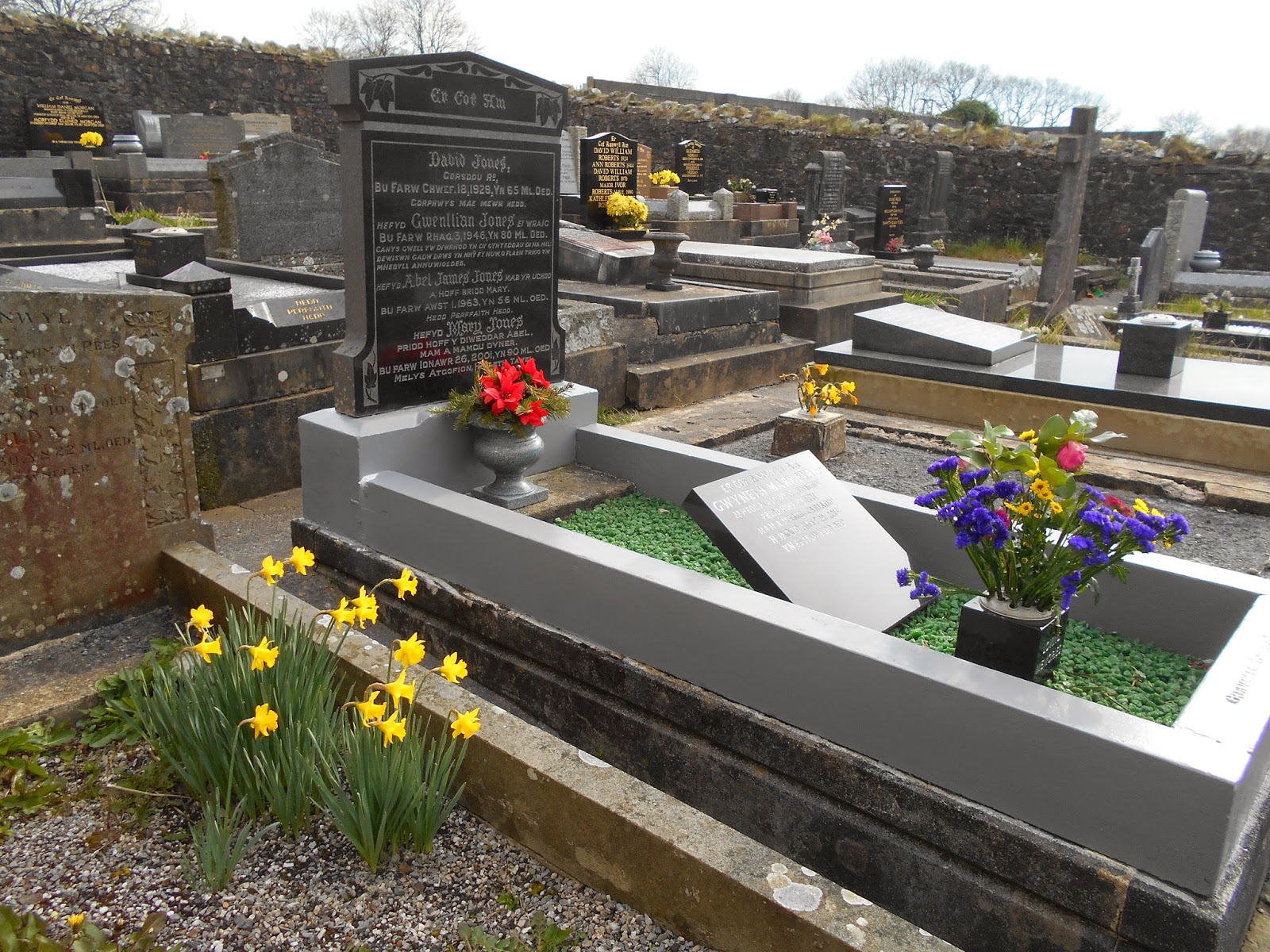 To give you an idea of what a small community it is: we went to visit the graveyard where most of my grandmother’s family are buried. My Grandma began chatting to a random man that was walking amongst the graves. He seemed to know most of her family tree – after asking her if she was from the area, they swapped known acquaintances.

‘I used to work with Ieuan and Handel – oh they were your neighbours?’

He showed her graves of more of her family members and then introduced her to an old lady who had just arrived. They swapped life stories. The lady said that she’d done the milk run along my grandmothers’ road since she was seven years old.

‘Ah, Pegs, did you know Moll?’
‘Moll P? Yes, she was my cousin.’
‘Ah, well then, we’re rrrelatives! She was marrrid to ma cousin Vernon!’

What a crazy small world, eh? 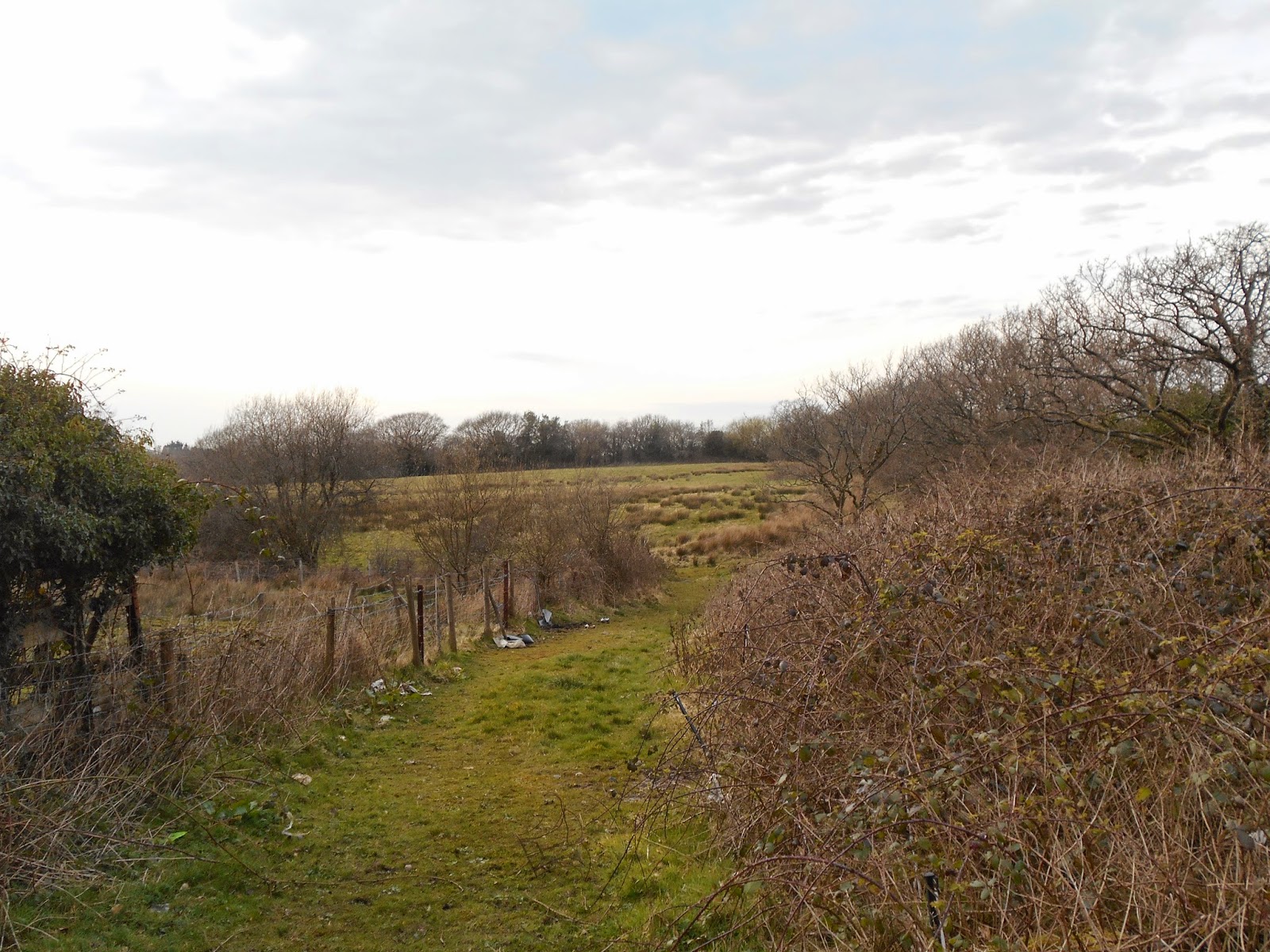 Although the town has changed somewhat since my Nan’s days there (she reminisced about running along the lanes with endless fields on either side, dotted with the odd farmhouse, now all converted into fast motorways and new-build bungalows) the fact that nearly everyone you meet in the street is known to you is amazing. It must bolster a sense of camaraderie – or at least mutual trust in the people around you. For example, whilst in a local pub I went into the ladies toilets. I was standing at the sink as a woman came in. She put her handbag on the side of the sink counter and went into the cubicle. Can you imagine that ever happening in a big city? If you were crazy enough to try that, you’d surely not make the same mistake again! As a kid in the village you’d never misbehave around other people because you could be sure that it would get back to your parents.

I must admit that small town rural life does have its charms. I’m not sure I could do it for long, but imagine knowing all of the people around you well. Here, in this day and age in the suburbs, we tend to stick to people we know, our friends and family and avoid everyone else. We barely know our own neighbours! The old man we were chatting to had a friend with him. Although he was fluent in Welsh, and had lived in the area for 26 years, he was still considered to be ‘from Essex’ as that’s where he’d come from originally! Imagine still being an outsider after all that time!

Sam
London, Kent, United Kingdom
After being on the road/high seas/jungle path for nearly two years, I've decided it's definitely time to share my adventures/mishaps/surreal experiences, with you, my dedicated readers/parents (it would be nice if someone other than my close family reads this!). If you want to subscribe to new posts please enter your email. Enjoy :-)