My failed experiment – living on rations in London.

For the last week I have been attempting to live on WWII rations – given my recent interest in the era, it seemed like a good way to gain further understanding of life at home during the war. 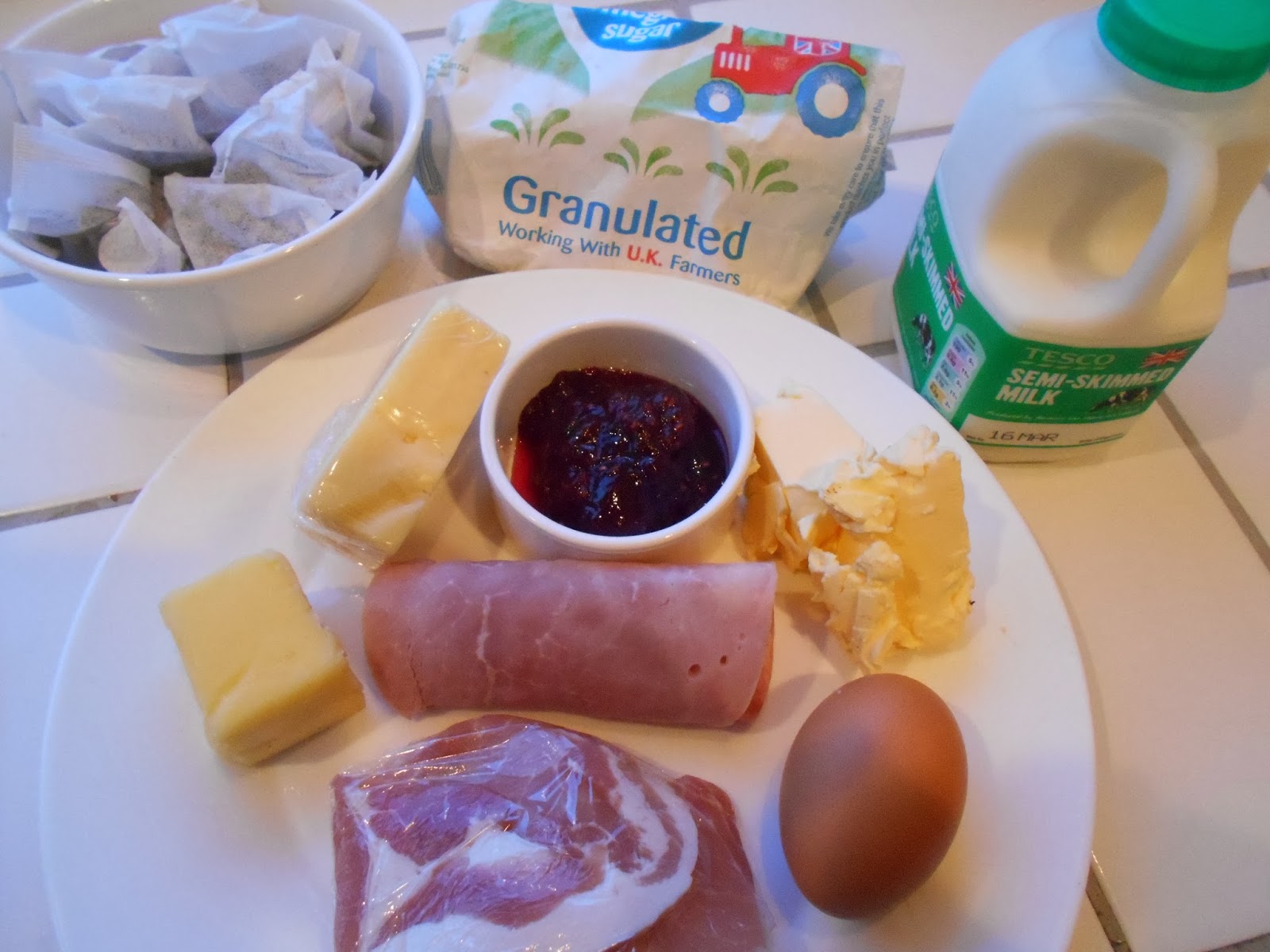 You could quite easily finish off your weekly rations in a single meal – let alone one day (the British breakfast, for example). Churchill famously approved the ration sizes after misunderstanding that they were weekly rations. It’s an easy mistake to make. The rations were small. One of the advantages of rationing was that many people actually became much healthier whilst living on the rations.

This is an idea of what you’d get: 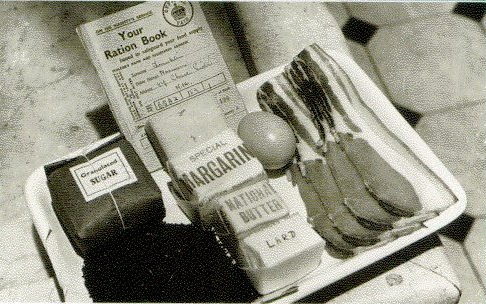 In addition to this, you would have 16 points per month, which could go towards tins of meat or fish, dried fruit, split peas, imported goods or other items which could be difficult to obtain. You would be able to bulk out the rations with potatoes, bread (not rationed until after the war), other vegetables you could get (particularly those grown in your ‘victory garden’) and offal and sausages which weren't rationed for most of the war. Whether the sausages would be good or not was another question - the Ministry of Food announced that sausages had to contain at least 10% meat! 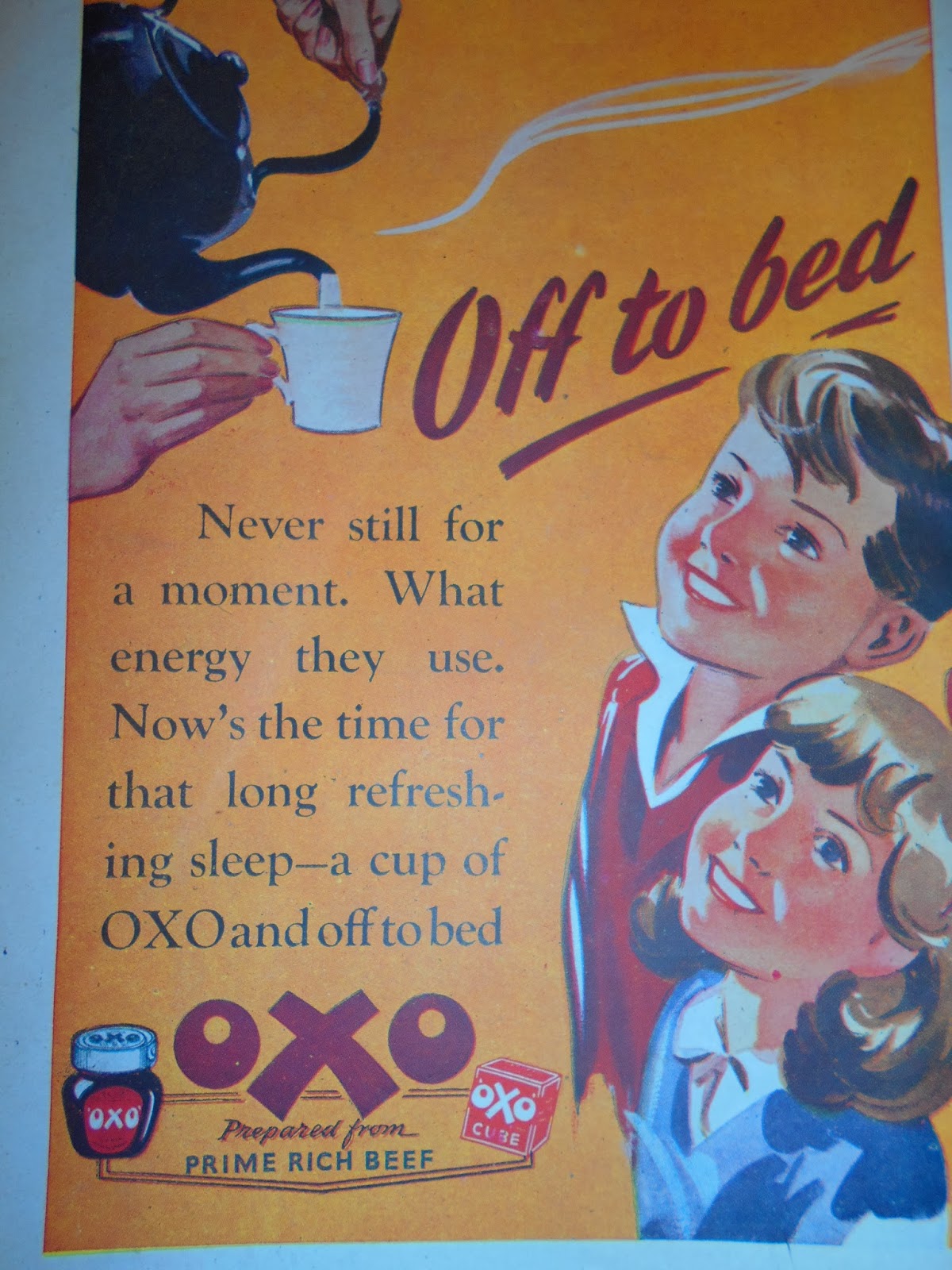 People could also trade their egg rations for chicken feed, if they had the space to keep chickens themselves. Although they were allowed to keep their own chickens and slaughter them for meat as required, it was a different story with pigs. Pigs had to be registered (the government would take 50% of the meat upon slaughter) which meant that of course some people kept pigs without informing anyone.

There was also a black market, although public opinion seems to have discouraged the use of illegally gaining extra rations or supplies, as there was a belief that you were being unpatriotic if you did so. You were also likely to end up with horse meat (never rationed and legally available to buy) if you tried to buy beef.

The wealthy were also at an advantage during the rationing – although you had strict stamps in your book for acquiring your allowance, you did not have to show this at restaurants or canteens. Many factory workers also benefited as they could have a meal at their place of work which wouldn't count as part of their rations (although they weren't allowed more than one item which was under rationing). Restaurants were also limited in how much food they were able to serve - diners were restricted to three courses. So my challenge was set – at home I was strictly limited to only eating within the rations. However outside I was able to eat whatever I wanted in restaurants etc. Apparently my experiment has failed, simply because I eat out too often. Of the 21 ‘rationed’ meals I should have eaten this week, ten of them have been in restaurants, or someone else’s house. Also as the most common meal I seem to eat at home (breakfast) is literally what I would normally eat (cereal with milk or toast with jam) I haven’t really experienced much in the way of a different diet, although of course I've been using less milk with my cereal than I would have before. Eating snacks at home became really hard - I basically figured that all biscuits, crisps and chocolates were out of bounds. Even harder to work around (because you can always make biscuits or scones that are within the rations) was the fruit: oranges were reserved for kids, bananas and kiwis were unheard of during war years and everything else is seasonal. Likewise orange juice was only available to children and pregnant women.

My victory garden has not done well...I've yet to find someone who wants me to dig up their lawn so I can plant vegetable seeds. Although normally I would make my own jam from the cherry and plum trees we have in the back garden.

In doing this research I am starting to feel guilty about food waste - even though in this household we are fairly good at not wasting food, compared to wartime conditions, we are terrible! For example, housewives never peeled carrots or potatoes, seeing that as a waste of food. Instead they would scrub them clean before cooking them. Wasting food became a criminal offence in 1940 and fines were handed out to those who did so. 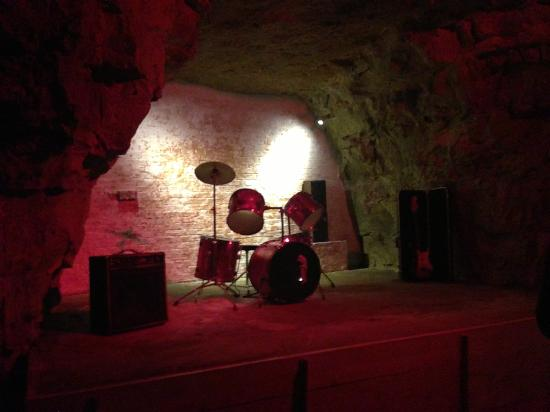 I used my experiment into life at home in the war as an excellent excuse to visit Chislehurst Caves - the largest wartime air raid shelter. At most, it housed some 15,000 people nightly! It was a fascinating trip to see some very local culture which I previously knew nothing about. For example, there are actually no natural caves in Chislehurst. The caves are simply a very lengthy (22 miles in total) network of tunnels, carved as a result of the chalk and flint mining. Interestingly, it was also later used as a location for gigs - the small stage in the caves has featured artists like: The Rolling Stones, The Who, Jimi Hendrix, Pink Floyd and David Bowie! You can't imagine what an awesome venue it must have been!

I've thoroughly enjoyed my adventure into WWII London, although I know I have barely scratched the surface of everything that happened in this period.

Sam
London, Kent, United Kingdom
After being on the road/high seas/jungle path for nearly two years, I've decided it's definitely time to share my adventures/mishaps/surreal experiences, with you, my dedicated readers/parents (it would be nice if someone other than my close family reads this!). If you want to subscribe to new posts please enter your email. Enjoy :-)